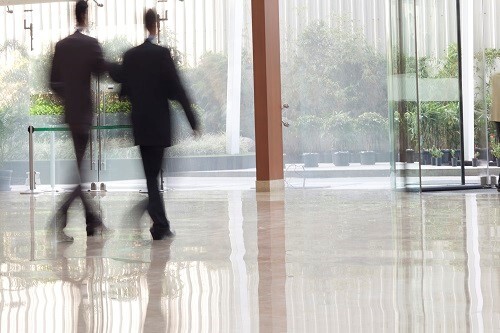 The changes to Regulation D resulting from the JOBS Act brought the possibility of a profound change to the private securities offering market. Beginning in September 2013, under new Rule 506(c), issuers could publicly advertise their offerings across virtually all forms of media without restriction. While sales could still only be made to accredited investors, the availability of general solicitation offered issuers a way to access a new pool of investors.

This brave new world of unregistered offerings under Regulation D, nearly four years later, looks almost exactly like the old world of Regulation D. Few issuers have taken advantage of the 506(c) exemption, and are raising capital under Rule 506(b), which prohibits general solicitation. At the Practising Law Institute’s recent Private Placements and Hybrid Securities Offerings conference, panelist Sara Hanks, CEO and founder of CrowdCheck, Inc., noted that issuers have actually pulled back from using offerings with general solicitation since 2013. She observed that Rule 506(c) offerings, according to recent statistics, account for less than 10 percent of the number of Regulation D offerings by volume and less than four percent of amounts raised.

Why has the eagerly-anticipated arrival of general solicitation yielded so few results? Why do more issuers rely on good old Rule 506(b) to raise money rather than its flashier sibling?

One reason is the lure of familiarity. Issuers had years of experience with what was then the old Rule 506. As Marty Dunn, a partner at Gibson Dunn, stated on the panel, Rule 506(b) is “tried and true.” Issuers and intermediaries are comfortable with the process and they know the pool of investors that they will likely approach to participate in the offering. Under 506(b), offering participants may sell to any number of accredited investors and up to 35 non-accredited investors who meet defined sophistication requirements. The issuer does not have to establish that its buyers meet the accredited investor standard. Rather, it is sufficient if the issuer reasonably believes that the buyers are eligible. Self-certification accomplished through the use of an investor questionnaire is common practice to reach this result.

For 506(c) offerings, however, the bar has been raised. A reasonable belief is not sufficient. For these transactions, the issuer must take “reasonable steps” to verify that the buyer meets the requirements for accredited investor status. The self-certification questionnaire is not permitted. Issuers may confirm eligibility through a variety of steps spelled out in the rule, including a review of tax documents, credit reports or written confirmations from designated professionals. The comparison to 506(b), where the potential investor may simply complete a questionnaire, is striking.

Ms. Hanks stated that companies might be willing to put up with the more complicated requirements of Rule 506(c) if general solicitation actually opened a new pool of investors, but she observed that the accredited investor pool is already fairly well-known and well-defined. She added that smaller companies may be hesitant to go casting about across the Internet for capital, because it could make them look desperate. Ms. Hanks indicated that newer companies fear looking like failures to the market.

Panelist Thomas J. Kim, a partner in Sidley’s Washington, D.C.'s office, and former chief counsel and associate director of the SEC’s Division of Corporation Finance, speculated that the market is waiting for that one big successful 506(c) offering. He anticipates that a “mature market” will recognize the value of 506(c) in time, but so far, the market seems willing to watch and wait.