moved assets from the U.S. to the British Virgin Islands, highlighting his use of tax havens at a time one of his businesses sought a state bailout because of the coronavirus pandemic.

Filings show a Delaware-based company for his $1.1 billion stake in transferred shares in the space-travel firm on March 16 to the Caribbean territory where Branson, 69, lives. Residents in the BVI pay no income or capital-gains taxes while the U.S. state is for preserving the privacy of its corporate owners.

Virgin Galactic became the first publicly traded space-tourism firm last year after merging with a listed investment vehicle, and the Delaware holding company was set up for that transaction. 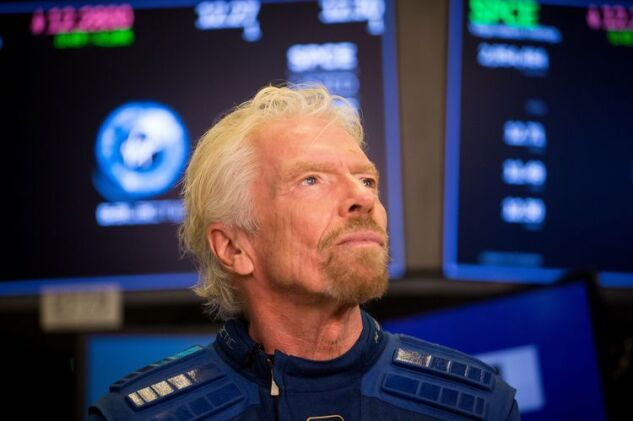 The move is unrelated to Branson’s request for British backing for Virgin Atlantic Airways Ltd., and many of his businesses do pay U.K. tax. He’s also pledged $250 million to support his group’s operations since transferring his shares in Virgin Galactic.

“This is as an internal reorganization that has no effect on our ownership interest,” a representative for Branson said. “Rather than continuing to hold the shares indirectly, we undertook this exercise to eliminate indirect ownership through that subsidiary, as the U.S. entity was no longer necessary.”

Virgin Atlantic, Branson’s airline, has been hard hit by the pandemic. Last month, consultations with staff saw employees agree to take eight weeks unpaid leave. The company has requested that the British government provide hundreds of millions of pounds in government-backed loans and credit guarantees, part of a broader request for the aviation industry.

”For the public, the concern may be more that the owner of global businesses appears happy to structure his ownership through some of the most opaque jurisdictions in the world,” said Alex Cobham, chief executive officer of the Tax Justice Network. “The same person is now appealing for public support.”

Many billionaires maintain their assets in tax havens.

Branson has started businesses from fizzy drinks to bridal gowns. His rocket company, Virgin Orbit LLC, is now looking to the rush to make ventilators for the virus crisis, while Virgin Atlantic’s CEO is a temporary pay cut.

“This is the most significant crisis the world has experienced in my lifetime,” Branson said in a March 22 blog post. “Because many of our businesses are in industries like travel, leisure and wellness, they are in a massive battle to survive and save jobs.”

To contact the reporter on this story:
in London at bstupples@bloomberg.net

To contact the editors responsible for this story:
at ppaulden@bloomberg.net