President Joe Biden on the South Lawn of the White House on Feb. 8, 2021.
Photographer: Stefani Reynolds/Bloomberg

President will release his preliminary spending requests for 2022 on Friday, the White House said, the first step before Congress negotiates the government’s budget for the fiscal year starting in October.

The document is expected to outline Biden’s requests for discretionary spending levels across government departments and agencies. His first full budget proposal, including tax, entitlements and debt figures, is expected later in the year.

Biden’s spending proposal has been delayed, with administration officials pinning at least some of the blame on former President ’s budget office, which they say was uncooperative during the transition. 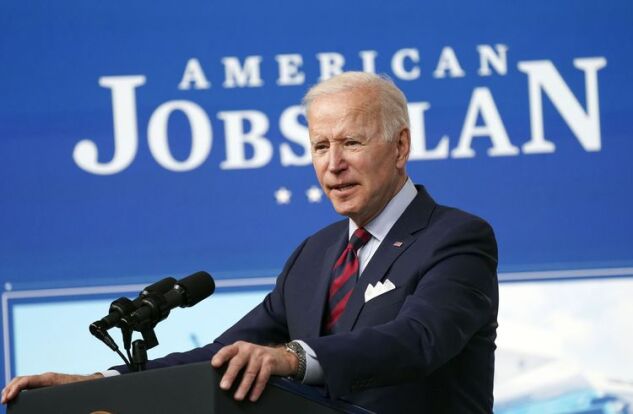 White House Press Secretary has repeatedly denied that the delay was due to disputes within Biden’s government -- and particularly at the Pentagon, which may see its proposed budget held flat for the next fiscal year.

Biden is also still without a permanent budget director. His pick for the job, , withdrew from consideration after failing to win enough support in the Senate to be confirmed.

The White House initially said it would release the budget numbers last week, which was already by then the latest in modern presidential history.

The president also missed a previously announced deadline to deliver an address to a joint session of Congress, a speech he promised in February that has yet to be scheduled. Meantime, he has proposed and signed a $1.9 trillion pandemic-relief bill and released his longer-term, $2.25 trillion infrastructure-led economic program.

The initial budget request will lack many of the details traditionally included in a presidential budget document, offering only top-line spending proposals and some details about new programs. It won’t include details on revenue -- including proposed tax increases to offset expected new spending -- or long-term economic or deficit projections.

Biden’s spending request will also only deal with about a quarter of the annual federal budget -- discretionary spending set annually by Congress -- leaving out entitlements like Medicare, Medicaid, Obamacare and Social Security.

And the document won’t include the infrastructure and jobs plan the president unveiled Wednesday in Pittsburgh, though administration officials say the dual proposals are intended to complement one another. The president is expected to unveil a second stand-alone proposal, focused on items like paid-leave and free community college, later this spring, along with the more detailed budget document.

Friday’s outline is the opening bid in the annual-appropriations process that lawmakers will try to complete by the Oct. 1 start of the fiscal year to avoid a government shutdown. Republican cooperation on the bills will be needed to enact them, since a fast-track process that bypasses Senate filibusters cannot be used for this type of spending.

Republicans have already said they’re discouraged by reports that Biden will hold defense spending flat while increasing his request for domestic spending priorities.

The upcoming budget is also the first time in a decade lawmakers will be operating without spending caps that were put in place by an agreement between the Obama administration and congressional Republicans. White House officials have described the elimination of those constraints as an opportunity to pursue investments in areas like education, clean energy and public health.

For the 2021 fiscal year, the budget caps were $671.5 billion for defense spending and $626.5 billion for domestic agencies, for a total of $1.298 trillion. Emergency and war spending brought the total discretionary budget to $1.59 trillion.