The world is struggling to deal with the spread of another medical problem created by the coronavirus -- a deluge of contaminated waste.

Only a few countries have the capacity to handle the additional volumes, the bank said. 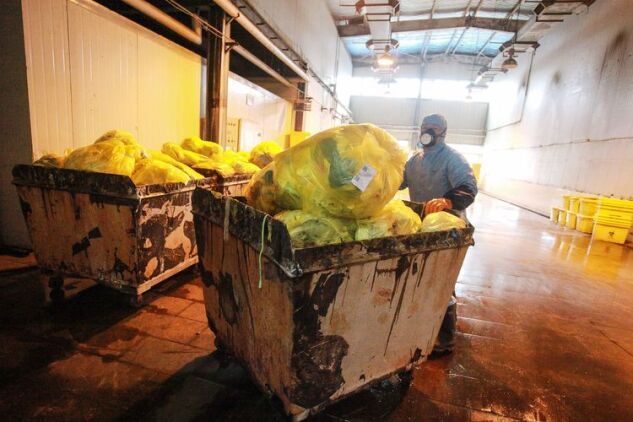 An employee transfers medical waste at a treatment plant in Yangzhou, China in Jan. 2020.
Photographer: AFP via Getty Images

“A significant increase in medical waste generation is probably happening in different parts of the world as we encounter the peak of the crisis, as we’ve seen in emerging data from Wuhan and other cities in Asia” said , head of the environment and economics integration division at the Organization for Economic Cooperation and Development.

The pandemic demand for plastic packaging as well as boosted production of single-use items like masks, gloves and test kits in which plastic is a key component. That’s undone years of work by governments and environmentalists to try wean consumers off single-use plastics and cut the poisonous emissions of urban incinerators.

By April, 50 tons of infectious waste were piling up each day in Thailand’s medical centers, which only had the capacity to effectively incinerate 43 tons, according to the Thailand Environment Institute. In Wuhan, the imbalance was even worse, with only 49 tons of capacity per day to deal with nearly five times the level of contaminated waste during the peak of infection. With lockdowns in many cities hampering recycling efforts for normal municipal waste, authorities often had to rely on already overstretched furnaces to keep garbage from piling up.

“Incineration might be an emergency solution to deal with the rapid increase in medical waste, but it’s not necessarily the best solution,” Agrawala said in an interview. “Air quality and public health consequences are certainly aspects which we need to look at carefully.” 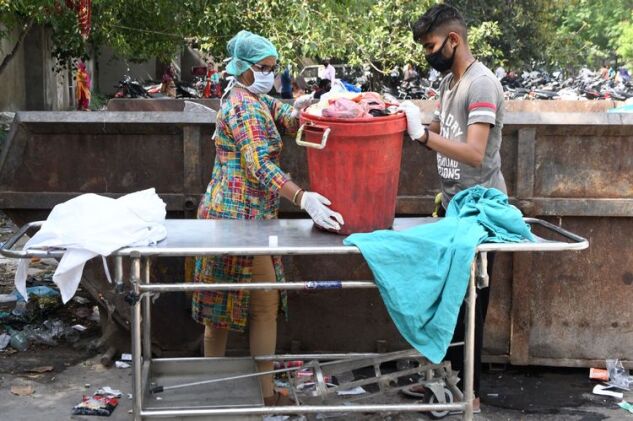 The result is that in many countries, medical waste such as used masks is ending up in landfills as mixed waste, or simply being discarded to end up in the sea or wash up on beaches. OceansAsia said it has discovered a growing number of masks on the Soko Islands, a small cluster off the coast of Hong Kong, during its plastic pollution research.

Public concern triggered by the pandemic has prompted many big retailers to also reverse other sustainability efforts. Target Corp. and Trader Joe’s Co., are among those who are not allowing shoppers to bring reusable bags, while Starbucks Corp. has suspended accepting customers’ reusable cups over fears of transmission. 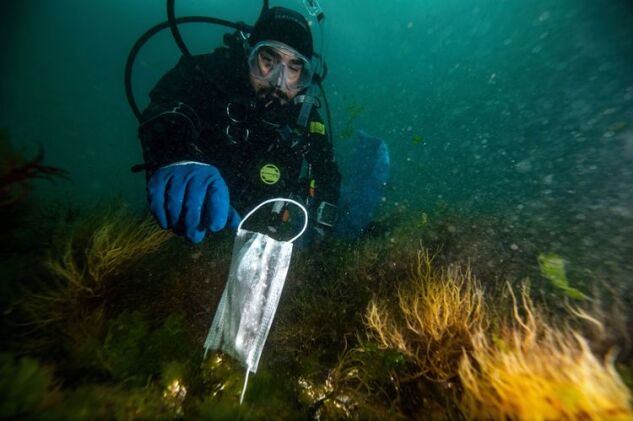 In response to the growing fears of using reusable products due to the risk of contamination, Greenpeace USA Inc. said single-use plastic is than reusable items as the virus can remain infectious on both surfaces for varying times. As long as they are cleaned with widely used household disinfectants, reusables can be used safely even during the pandemic, it said.

The resurgence of disposable plastic is an urgent issue that governments need to include, as they plan a recovery from the economic effect of the virus to avoid wasting decades of progress in the global against plastic pollution, Agrawala said.

“The real environmental impact would be determined by how we emerge from the crisis,” he said. “If the virus is going to be part of our lives, we have to find longer term, more sustainable solutions.”

To contact the reporter on this story:
in Seoul at hlee425@bloomberg.net

To contact the editors responsible for this story:
at akitanaka@bloomberg.net