The former Dow Chemical Co. counsel who informally heads EPA’s Superfund and waste programs isn’t permitted to work on 300 contaminated sites because of company ties, according to documents obtained by Bloomberg Environment.

Peter C. Wright is the White House’s nominee to head the Environmental Protection Agency’s Office of Land and Emergency Management.

Though he hasn’t been approved by the Senate, Wright has been working at the agency as a special adviser to Acting Administrator Andrew Wheeler. Because of his former employer’s role as a potential polluter, Wright is recused from working on 300 contaminated sites, according to documents obtained through the Freedom of Information Act.

The properties vary from Superfund sites in the national spotlight, such as Portland Harbor in Oregon and U.S. Smelter and Lead Refinery Inc. in East Chicago, Ind., to lesser-known sites being cleaned up under the Resource Conservation and Recovery Act.

“As stated in his Senate testimony, Mr. Wright will continue to work with career ethics officials to ensure he abides by his ethics obligations and not participate in these or any other Superfund sites that may be deemed a conflict,” Molly Block, a spokesperson for the agency, told Bloomberg Environment in an email Dec. 14. 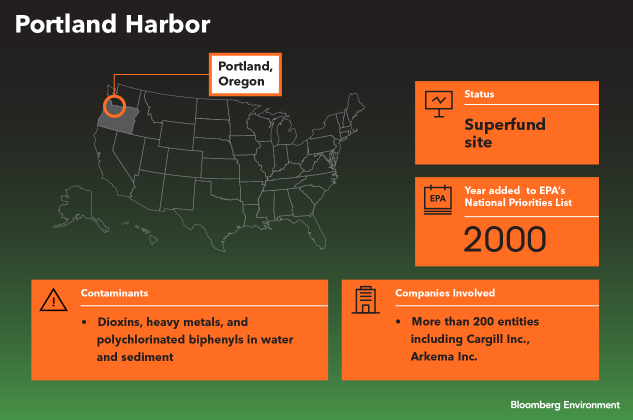 About 170 of those sites are either proposed or formally added to the agency’s National Priorities List, an inventory of the 1,300 most contaminated sites in the country. About 130 of the sites Wright is recused from are contaminated, under investigation, or have been cleaned up, but aren’t currently on the national list.

“His job as the head of [the Office of Land and Emergency Management] will be to set policies and priorities for the program as a whole, rather than to address the cleanup of individual sites,” he told Bloomberg Environment in an email Dec. 14. 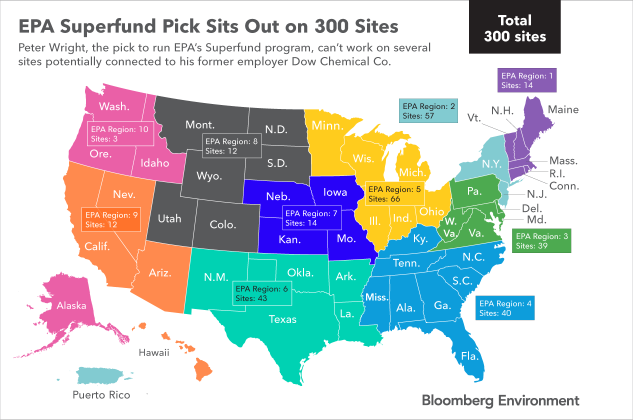 Wright told the Senate Environment and Public Works Committee at his confirmation hearing June 20 that he would abstain from making decisions on Superfund site matters related to Dow Chemical Co. or E.I. duPont de Nemours & Co., which merged to form DowDuPont Inc.

Wright said in a July 24 recusal statement, obtained by Bloomberg Environment that day, that he “will not participate in matters for those sites” for two years.

—With assistance from Tiffany Stecker.

(Updated to include comment from Duke McCall in seventh and eighth paragraphs.)

To contact the reporter on this story: in Washington at scarignan@bloombergenvironment.com