Tattooing has been around for thousands of years, but its popularity is bigger than ever. Once considered an act of rebellion against cultural norms, today nearly one in three Americans and nearly one in six Europeans have a tattoo.

But before deciding to get that dancing bear on your ankle, be warned: The inks and colorants used in some tattoos may be harmful, even years later.

Citing those health concerns, European Union regulators want to restrict some 4,000 substances when used in tattoo inks—a move that would cover tattoo artists and their customers across the 28-nation bloc and create the world’s most comprehensive guidelines on tattoo inks.

But the move could limit color choices for customers and cause tattoo prices to rise in the EU, warns a U.S.-based distributor of tattoo inks.

“As these chemicals may stay in the body for life, there is also the possibility for long-term exposure to the potentially harmful ingredients,” ECHA said in its proposal announced last month to “restrict hazardous substances in tattoo inks and permanent make-up.”

In the old days, tattoo inks often contained carcinogenic heavy metals. For instance, red inks were found to have high levels of mercury, while cobalt was often used in blues, and chromium in greens. In recent years, most tattoo ink manufacturers have moved away from mineral-based pigments to less-toxic organic ones.

But in most parts of the world, there’s no way of knowing if that’s the case, or if even safer inks still pose a health hazard.

For instance, while the EU now could adopt comprehensive oversight, no such federal rules apply to tattoo inks in the U.S.

Tattoos are considered “cosmetics” under U.S. federal law. And while the Food and Drug Administration has jurisdiction to regulate tattoos, it has opted not to do so. 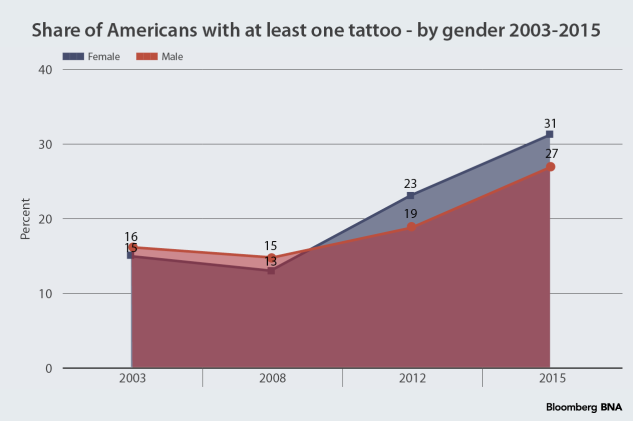 While the FDA can investigate specific issues as they arise, “because of other competing public health priorities and a previous lack of evidence of safety problems specifically associated with these pigments, FDA traditionally has not exercised regulatory authority for color additives on the pigments used in tattoo inks,” the agency said in a fact sheet. “The actual practice of tattooing is regulated by local jurisdictions.”

A few months ago, when Shawna Thompson of Bloomington, Ind., went in to get a tattoo on her foot that read simply — “Mom” — across a bright-red rose, she didn’t think anything of it. It was her fifth tattoo. 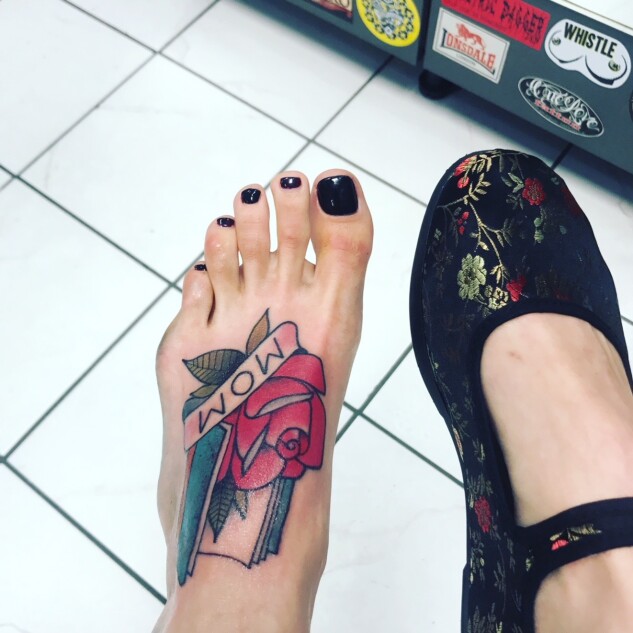 But, while the previous tattoos were all drawn with black ink, this one used bright reds, blues, and greens. The reaction on her skin was quick and painful.

“By the fourth day I had to go to urgent care,” Thompson said. “It was starting to blister, there was also scabbing and swelling. It was so painful I was off of work for eight days.”

The doctors said Thompson was having a reaction to the chemicals in the colored inks. She was given a strong steroid and had to take several rounds of antibiotics to fight off the infection. 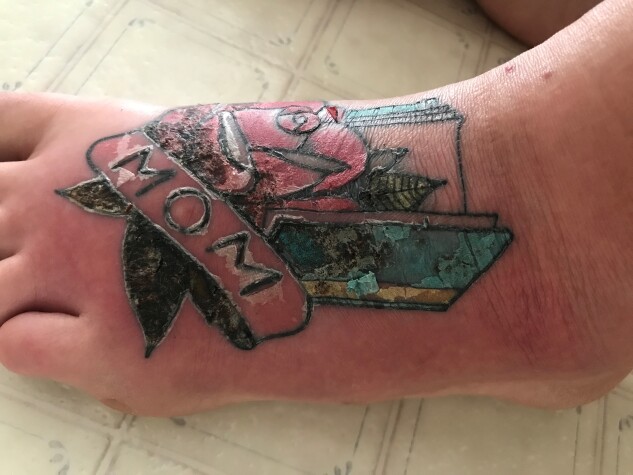 After more than a month, the wound eventually healed, “but not without scarring, and the color lifted off in some areas,” said Thompson.

‘Most People Don’t Have Problems’

Nicolas Kluger, a French dermatologist and expert on medical complications from tattoos, said: “Most tattoos are generally well-tolerated; most people don’t have problems.”

But he told Bloomberg Environment that when problems do arise, the most common risk associated with tattoos is infection. Other known symptoms include allergic-hypersensitivity, autoimmune reactions, and tissue masses called granulomas.

While those in the industry say heavy metals are no longer added to tattoo ink, Kluger said small levels of impurities still turn up, as well as organic compounds, bacteria, and other potentially harmful substances.

And many of the pigments used in tattoo ink are in fact the same as those found in things like printer ink and car paints.

“These colors are coming from the colorant factories,” said Kluger, “BASF is a huge supplier of pigment.”

According to a 2013 presentation on tattoo safety and heavy metal, a representative for the German-based chemicals producer said, “BASF does not support its use in tattoos.”

In the past, researchers have approached chemical companies to ask what they were putting in new colorants, “so we can anticipate what will end up in tattoos,” Kluger said. “But they wouldn’t tell us.”

There’s relatively little data on exposure levels to toxins or contaminants from people who have had tattoos, and the budget and testing protocols for tattoo inks are nowhere near as rigorous as they are for new medicines or cosmetics, Kluger added.

“We just don’t know much about the toxicology of tattoos in general,” he said. “Therefore, we can’t say what a specific problem may be, whether it’s the colorant, solvent, stabilizer, or impurities. Right now, there is no procedure to certify an ink is 100 percent safe.”

Seven EU member states have developed their own laws based on a 2008 Council of Europe resolution, which recommended tougher standards for the safety of tattoos and permanent makeup.

And some in the business say the new ECHA proposal to cover all EU states is unneccessary.

“I am not happy when they just ban pigments that we have used for many, many years and never had any issues with,” said Lou Rubino, owner of World Famous Tattoo Inks based in South Carolina, which exports to the EU.

“It’s such a a small amount that actually gets under the skin,"Rubino said. “If they want to put a warning on it—fine. Make it like cigarettes, which are proven to cause cancer, but are not banned.”

Ultimately, said Rubino, outlawing more substances would lead to fewer colors being available to artists, and higher costs for tattoos.

But others in the tattoo industry said added protections for customers aren’t necessarily bad for business.

“Safety is the most important thing for tattoo artists; that’s our calling card,” said Andy Schmidt, chairman of the German Federal Tattoo Association (BVT) in Berlin.

“Even if the costs do go up a little, if a tattoo costs 500 euros instead of 450, I don’t think that would stop someone from getting a tattoo.”

Schmidt said the biggest concerns he has is with pigment makers who won’t share information with researchers.

In the absence of an EU-wide standard, ECHA said it is proceeding on the assumption that the best way to manage the risk is to limit the presence of unwanted substances.

The agency plans to launch a six-month public consultation on the proposed restrictions, starting in mid-December.

The Danish environmental authority has created a website that assists tattoo artists in making sure they use safe ink. In 2016, Norway tested tattoo inks from 12 importers for the presence of heavy metals, as well as microbiological quality.

Apart from individual programs, the labeling of some inks could be covered under the EU’s Classification, Labeling, and Packaging (Regulation (EC) No 1272/2008). And for the manufacture of more than a ton of a particular substance per year, the REACH law (Regulation (EC) No. 1907/2006) on chemical registration could apply, the chemicals agency said.

The agency noted, however, that “as many of the hazardous substances may be present in tattoo inks or permanent makeup in small quantities, the obligations under CLP and REACH may not apply.”

The time frame for both the public consultation period and EU legislative process mean it would likely take two years before any new restrictions could become law.


To contact the reporter on this story: Adam Allington in Washington at aallington@bna.com

To contact the editor responsible for this story: Rachael Daigle at rdaigle@bna.com