President may be from the Paris climate agreement, but the U.S. is still going to be a force at the negotiating table as international leaders gather in Madrid next week to map out rules for carbon trading as a way to limit greenhouse gas emissions.

Despite Trump’s rejection of the global agreement to cut carbon emissions, U.S. officials have long advocated emissions-trading schemes on the world stage and the government wants a say in the structure of those carbon markets—a key issue before delegates at the annual United Nations climate summit that begins Monday.

The transparency and accountability of such markets is a top priority for the U.S. government and businesses such as airlines and oil companies that may have to offset their own emissions through carbon trading.

“Even though one might not care about climate, you don’t want countries to be able to cheat,” said Brad Schallert, deputy director of international climate coordination for the World Wildlife Fund, which supports global action to thwart climate change. “That is something in the long-term interest of the U.S.”

The U.S. government is and officials to the climate talks, largely mirroring the delegation that attended last year’s summit in Poland. They will also be joined by representatives of some businesses and state and local governments.

But unlike the past two years, where the Trump administration played a contrarian role and held discussions to promote clean coal, the U.S. is not planning a similar side event in Madrid. And, in another shift, political appointees from the Trump administration also won’t be attending, according to two people familiar with the matter who asked not to be named before a formal announcement.

The U.S. team is set to be led by two career officials from the State Department: climate negotiator and Marcia Bernicat, a principal deputy assistant secretary, the people said. 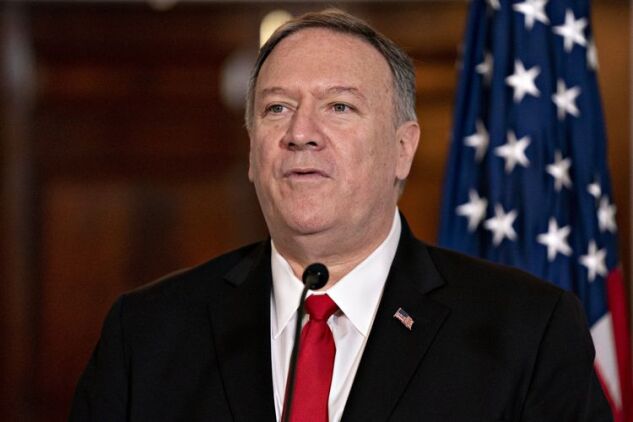 Secretary of State emphasized earlier this month that the U.S. will “continue to offer a realistic and pragmatic model” and highlight the role of innovation and open markets during international climate discussions.

While Trump has begun exiting the Paris pact, that withdrawal won’t be official until Nov. 4, 2020—the day after the next U.S. presidential election. Other countries still welcome U.S. negotiators in the talks, according to longtime climate summit-goers, because the diplomats bring expertise to the discussions and their participation could help forge rules that would be palatable to the U.S. should a future president seek to change course. Democratic presidential contenders have widely vowed to rejoin the pact.

Oil and gas companies that unsuccessfully lobbied the Trump administration to remain in the Paris agreement have a vested interest in the negotiations, said Alden Meyer, director of strategy and policy at the Union of Concerned Scientists. “They are supportive of emissions trading and other mechanisms because in the event there ever is a domestic binding climate regime in the United States, that would give them flexibility to reduce the costs on their own facilities of compliance,” he said.

Official negotiations will focus on one of the thorniest aspects of the 2015 Paris agreement: how to use markets to help slash greenhouse gas emissions. In Article 6 of the 2015 pact, countries agreed to create a new system for trading allowances covering greenhouse gases, but negotiators are still over the details.

About half of countries in the Paris agreement are counting on such emissions trading to help fulfill their carbon-cutting promises. But environmentalists want to make sure the system isn’t undermined by loopholes and double counting.

Many environmental advocacy groups also want to limit credits to projects that wouldn’t have happened otherwise -- responding to a major criticism of an earlier carbon-trading regime that came out of the 1997 Kyoto Protocol. They are fighting a push by Brazil to allow unused credits from the older system to be grandfathered in to the new approach.

“The U.S. has been fairly helpful on Article 6, in terms of pushing for robust accounting standards and safeguards against double counting and raising skepticism about the proposal from Brazil,” said Meyer, of the Union of Concerned Scientists. “If we get it right, it can facilitate higher ambition and get us closer to being on track for the Paris temperature goals. If we get it wrong, it can really blow a hole in the integrity of the Paris commitments, and that would be a disaster.”

The U.S. government’s active role negotiating international carbon market rules is tethered to a related effort to curb emissions from airlines, said Elliot Diringer, executive vice president of the . Even though Trump is withdrawing from the Paris agreement, the U.S. remains part of the International Civil Aviation Organization and supports its plan to offset plane pollution by planting trees, investing in clean energy and taking other steps to curb emissions.

The aviation program “is somewhat predicated on the Paris agreement accounting system to guard against double counting reduction units, so the U.S. has an interest in seeing that system put in place,” Diringer said.

Continued U.S. involvement at climate talks also reflects the country’s longstanding connection to United Nations action on the issue. The U.S. will retain a seat at the Conference of Parties to the Framework Convention on Climate Change, the underlying 1992 environmental treaty.

The official U.S. delegation will be buttressed by scores of other Americans representing local governments, corporations and advocacy groups arguing that the U.S. is still committed to fighting climate change and meeting its Paris agreement pledge to cut carbon dioxide emissions 26% to 28% from 2005 levels by 2025. Panel discussions and other events also are planned to highlight ways businesses and local governments are curbing emissions.

Representatives from oil companies Royal Dutch Shell Plc and BP Plc and electric utilities and are set to attend alongside the lieutenant governor of Wisconsin, the mayor of Pittsburgh, Pennsylvania, and other elected officials.

Some of the U.S. activities planned in Madrid are supported by Bloomberg Philanthropies and Michael Bloomberg, the founder and majority owner of Bloomberg LP, the parent of Bloomberg News.

“Despite what our federal government’s position is on the Paris agreement and climate change more broadly, there’s quite a bit of action going on that is making an impact,” said Elan Strait, director of U.S. climate campaigns for the World Wildlife Fund. “If these actors work together and scale up what they are doing, the U.S. target under Paris is actually within striking distance, and that’s the message they can take to the climate talks.”

To contact the reporter on this story:
in Washington at jdlouhy1@bloomberg.net

To contact the editors responsible for this story:
at jmorgan97@bloomberg.net
Elizabeth Wasserman, Justin Blum