Expansion of the in-demand but problem-plagued Paycheck Protection Program got a push toward extension in the House this week, with prospects for Senate action along similar lines to follow. A new big U.S. virus aid package is still many weeks off, though. And the European Commission floats the idea of new taxes as a way to pay pandemic debt.

Catch up on the ways the coronavirus outbreak continues to change the world.

We’ve taken down our paywall to give you access to all of our tax and law coronavirus coverage.

The House approved a measure to give businesses that get Paycheck Protection Program loans about three times longer to spend the money—24 weeks (or the end of the year, whichever comes first), instead of the current eight weeks. The Senate is to act on that bill or its own measure next week.

The program has so many restrictions and confusing aspects that many businesses have been unable to navigate it and some, discouraged by little prospect of ultimate success, even have returned their loans. These are in addition to the giant companies that returned money after public outcry about their having received loans in the first place.

Among other things, the House bill (H.R. 7010) would give the businesses more time to apply and repay parts of the loans that don’t qualify for forgiveness, and would let businesses use more of the money for rent and non-payroll items.

It would also repeal a provision from the third virus relief law (Public Law 116-136) that barred companies with forgiven PPP loans from deferring their payroll tax payments.

The bill doesn’t address a problem identified by tax practitioners and some lawmakers: Treasury’s interpretation of a third virus law provision to say that businesses can’t deduct expenses associated with PPP loans that are ultimately forgiven.

That provision is one of a host of items in the massive bill (H.R. 6800) that House Democrats approved earlier this month—a package that was dead before arrival in the Senate. 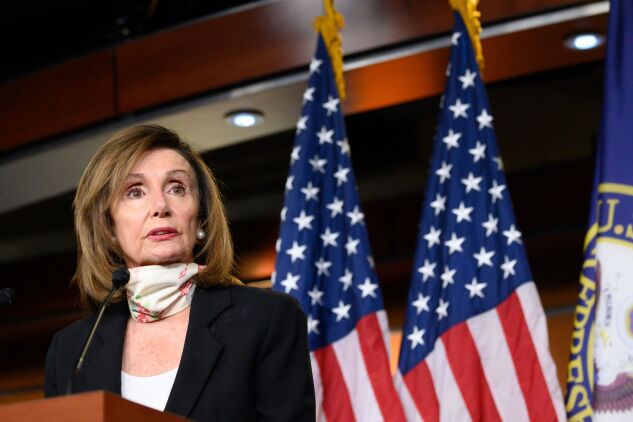 He said Senate Republicans are focusing right now on providing liability protection for businesses, schools, and hospitals that are reopening. They also want to expand the PPP, he said.

Arguments about the next aid package—there’s wide agreement that there will be one—may hinge on a couple of big-ticket items.

The big questions concern what extended unemployment aid should look like and what kind of relief, beyond what the Federal Reserve already is authorized to give, will go to revenue-stricken states.

Underlying the talks may be a fundamental query: Is an aid package more pain relief or is it stimulus, to stir economic activity?

Put It on the Card: The IRS distributed some individuals’ economic impact payments—up to $1,200 a person—on prepaid debit cards instead of checks, if it wasn’t able to direct-deposit the money. But the agency came under fire from House Ways and Means Committee leadership this week for sending the cards in plain envelopes that didn’t signal their significance, with cards that didn’t indicate what they were. Plus, the information phone number required disclosure of partial Social Security numbers. Were these junk mail that got thrown away or that raised scam concerns? A subcommittee wants answers by June 2 from Treasury Secretary Steven Mnuchin.

Explanations: To address some of the questions about the PPP, Treasury and the Small Business Administration issued new guidance on loan forgiveness eligibility, clarifying the definition of full-time equivalent workers and explaining the impact of staffing reductions. Their interim final rules deal with calculating reductions and exemptions and the lender review process for forgiveness applications. The SBA approved more than 4.4 million loans totaling over $511 billion as of May 23.

Investigations: A lot of publicly traded companies got funding from the PPP program, and the Securities and Exchange Commission has questions about that. A central question in the SEC’s scrutiny of a dozen or so companies appears to be whether their pre-Covid financial statements and discussions made sense in relation to the the representations in their applications for PPP aid. Did they not present a true financial picture pre-pandemic? Or did they seek government money inappropriately?

More Verifications: Earlier in May the IRS dipped its toe in the water to test resumption of its Income Verification Express Service, which lets participating lenders get expedited transcripts for processing loan applications. IVES had been halted in March because of pandemic-induced staff limitations. The agency said that starting Friday this week it would open fax lines for three days to accept up to 20% of each IVES participant’s inventory. Borrowers’ consent is required.

More Extensions: Single-employer pension plans have more time—until July 15—to ask the IRS for waivers of minimum funding requirements. The agency extended deadlines for other benefits-related filings, too, in Notice 2020-35, which applies to “time-sensitive actions” involving individual retirement accounts, health savings accounts, medical savings accounts, pension plans, and other tax-advantaged vehicles that otherwise would be due between March 30 and July 14.

Companies have asked the European Union for delays of deadlines for reporting cross-border tax arrangements, and it appears that official bodies will start taking that step next week.

The reporting directive, DAC6, is scheduled to take effect July 1, with companies required to report their last two years of tax arrangements by Aug. 31. The European Commission on May 8 proposed three-month delays to both dates.

An EU official told Bloomberg Tax that the Committee of Permanent Representatives is expected to endorse a delay June 3, and then the Council of the European Union will formally adopt it by the end of June.

More international news and information on coronavirus is here.

Bloomberg Tax has a state-by-state roadmap logging all developments as they happen.

—With assistance from Vandana Mathur.

To contact the reporter on this story: in Washington at klarsen@bloombergtax.com