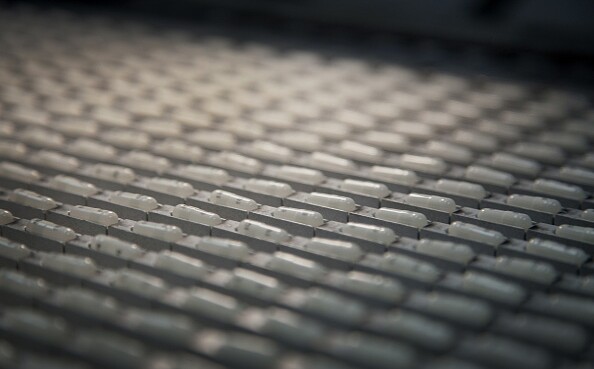 The nation’s largest pharmaceutical trade group funneled more money to political and policy organizations that worked on its behalf than it did on conventional lobbyists during the 2016 election year, according to a Bloomberg Law analysis of tax disclosure forms.

The Pharmaceutical Research and Manufacturers of America, the largest lobbying arm for drugmakers, gave nearly $25 million to political and policy organizations around the 2016 election. The group gave more than $6 million to conservative groups like the American Action Network that called for the repeal of Obamacare and more than $1 million each to two groups that advocated for changes to state and federal health policy—changes that often mirrored PhRMA’s own advocacy work.

These groups, the Alliance for Patient Access and the Campaign for Medical Discovery, advocated against drug price-control policies like step therapy and price transparency measures for pharmaceutical manufacturers. One group used the money to share people’s experiences buying insurance on Obamacare’s individual markets.

The uptick in these donations, referred to as grants in tax filings but decried as dark money by those trying to reduce the role of money in politics, worry transparency advocates who say it makes it difficult to understand who is behind some lobbying campaigns.

“Sometimes a trade association wants to put a little distance between themselves and the advocacy work they’re doing, and this is one way to do it,” Michael Beckel, manager of research for Issue One, which advocates for transparency and disclosure rules for political giving, told Bloomberg Law Aug. 7.

These grant donations, unlike lobbying disclosures or direct donations to candidates, allow PhRMA and other nonprofits to give money without publicly disclosing it for more than a year.

PhRMA gave $24.95 million in grants dispersed among more than 300 groups in 2016, nearly double the $14.3 million it gave out in 2015, according to tax filings released this year. Due to the nature of these grants, 2016 is the latest data available.

The drug lobbying group spent about $20 million on direct lobbying expenditures in 2016, according to financial disclosures. PhRMA would spend $25 million in 2017.

In comparison, the entire health insurance industry spent $39.9 million in 2017 and $38.9 million in 2016 on lobbying efforts. That figure includes trade associations as well as companies like Aetna, Anthem, Humana, and UnitedHealth.

Grant funds don’t have to be earmarked for any purpose, and many of the groups that received a PhRMA grant don’t disclose how they used the money. Most have tax filings that broadly describe their salary information and other expenditures.

A PhRMA spokeswoman told Bloomberg Law in an Aug. 9 email the group works with “many organizations with which we have both agreements and disagreements on public policy issues.” She did not address a list of questions sent by Bloomberg Law.

The groups PhRMA gave money to ranged from other nonprofits, many of them patient groups that advocate for people with certain diseases or conditions, to political organizations and corporations.

The American Action Network has an overtly political agenda and spent heavily on an ad campaign to repeal the Affordable Care Act, a policy goal PhRMA has never publicly supported.

However, the Republican ACA repeal bill would have represented a $28 billion tax break for pharmaceutical companies by repealing the branded prescription drug fee, an annual fee levied on drugmakers, if it had become law.

The Alliance for Patient Access, a nonprofit, received a $1.4 million grant from PhRMA in 2016. The group has been popular among drugmakers; it lists roughly two-dozen pharmaceutical companies as financial supporters on its website. The group’s tax filings identify Bettendorf, Iowa, as its base.

The group describes itself as a “national network of physicians” who work to ensure patient access to prescription drugs. They host policy summits and meet with state and local lawmakers to discuss drug policy.

The Alliance has fought against step therapy requirements in federal health programs, something the Trump administration just sought to expand in Medicare managed care. Step therapy is common in private insurance and requires patients to try cheaper medicines before getting access to more expensive ones.

Drug companies have long fought against step therapy policies, asserting they prevent people from getting the most effective drugs.

Susan Hepworth, a spokesperson for the Alliance, told Bloomberg Law in an email that ensuring patients have access to medications is a shared goal of drugmakers and patients.

“So it’s not surprising that PhRMA is one of the many supporters of the Alliance for Patient Access,” Hepworth said.

PhRMA also gave grants to disease-specific organizations, such as the Lupus Foundation of America and the American Autoimmune Related Diseases Association, which raise funds for medical research.

It can be difficult to understand how PhRMA’s grant funding affects the missions of the groups it supports, David Mitchell, president of Patients for Affordable Drugs, a group that advocates for policies to lower drug prices, told Bloomberg Law.

Often these patient groups provide valuable resources for people with certain diseases, such as information about treatments, he said. However, they can be reluctant to take stances on policies that drugmakers don’t favor.

One group that received a major influx of PhRMA funding, Caregiver Voices United, used the money to start a website where people could share their experiences buying insurance on the ACA’s marketplaces, John Schall, the group’s president, told Bloomberg Law Aug. 8.

Schall said he asked PhRMA for the grant money, which totaled $720,000 in 2016, and the group wanted to support his idea. He said he shared the testimonials with congressional staff and other policymakers.

Schall said he idea wasn’t particularly successful, partly because the policy debates around the ACA changed dramatically when Donald Trump became president and Republicans retained majorities in the House and Senate. Republicans weren’t looking to make tweaks to the health law, but were instead looking to repeal and replace it.

—With assistance from Christina Brady

To contact the reporter on this story: in Washington at aruoff@bloomberglaw.com

To contact the editor responsible for this story: at bbroderick@bloomberglaw.com