Wuhan is set to complete the testing of its entire population of 11 million as China pours massive resources into avoiding a of Covid-19 infections.

Hitting the goal at a time when the U.S. and other countries are struggling to implement adequate testing has required mobilizing thousands in the city where the pathogen was first identified. All residents and those listed in the identity documents of locals have been contacted for an assessment and local authorities have reported just one new case since the two-week program kicked off on May 13.

China’s testing are part of a push at all levels of government to shift the public narrative to the future amid accusations the country delayed its response to the virus that has infected almost 6 million and claimed over 360,000 lives globally. Beijing is speeding up development of , expanding testing across the nation and maintaining rigid travel restrictions to ensure the drop off of infections stays that way. 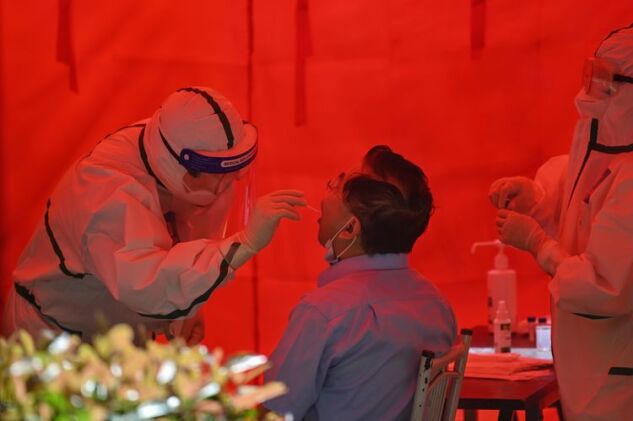 A medical worker takes a swab sample from a man to test for coronavirus in Wuhan, May 19.
Photographer: Hector Retamal/AFP via Getty Images

“China has showed they can mobilize the necessary human resources and equipment to do things quickly and at scale,” said , professor of global biosecurity at the University of New South Wales in Sydney. “It’s a combination of technological capacity and political will.”

While China has rejected accusations that it covered up the virus in its early days, it has also talked up international cooperation in a post-coronavirus world. Premier Li Keqiang last week called for to the system for disease prevention and improved mechanisms for direct and early reporting of outbreaks.

“Any infection, whenever found, shall be promptly handled,” Li said in a press conference on Thursday for the country’s top political gathering. “No cover up will ever be allowed.”

Wuhan, which had only five active cases as of Friday, used a number of different methods to assess everyone, diagnostics that look for active infections to antibody measurements that detect markers in the blood for exposure to the coronavirus. Makeshift tents were set up in residential compounds across the city to swab throats or noses with the results likely to be closely watched internationally given China’s position as the first major economy to emerge from Covid-19 lockdowns.

“It’s definitely a miracle if 11 million people have truly been tested in only two weeks,” said Zhou Xiangning, a Wuhan local who said his throat swab test took about 20 minutes.

Reaching the 11 million target has required adopting a batch testing method that enabled health workers to assess as many as 10 samples simultaneously.

Pooling samples enables more tests with existing kits while still providing sufficient diagnostic accuracy, according to a paper published in the Lancet medical journal in late April. If a positive result comes from the batch, authorities can then follow up with assessments on each person in the group.

“It’s not accurate in the sense that if you get a positive you won’t know who in the batch is positive,” said MacIntyre. “But it allows rapid screening of different areas, and if you find a positive you can go in and test everyone individually.”

Still, the technique might not be applicable in other countries that are still reporting tens of thousands of infections. The method is only efficient when the infection rate is below 1%, according to Peng Zhiyong, director of intensive care unit at Wuhan Zhongnan Hospital. 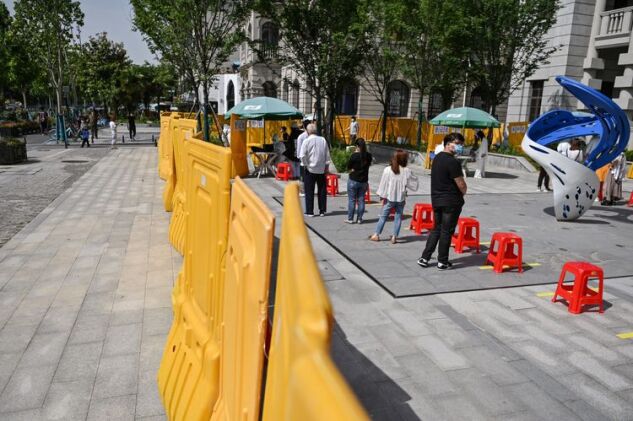 Residents wearing face masks wait in line to be tested in Wuhan, May 18.
Photographer: Hector Retamal/AFP via Getty Images

“If the infection rate among the population is as high as the earlier scenario in Wuhan, this would instead increase the testing cost,” Peng told local media.

China’s enormous testing capacity has outshined many developed countries including the U.S. and U.K., but it also raised questions on whether the massive efforts are essential or excessive, as the results from Wuhan are only showing cases in the single digits.

It hasn’t been a smooth process for all those being tested, with some residents taking to social media to complain about waiting times and express concern about a lack of distancing for those lining up.

With residents unable to leave Wuhan until they were tested, 25-year-old Ariel Min said she went to a hospital so she could get a result that day and be able to travel to Shanghai. The government-backed community locations can take a week for results.

Pressure from the government and society helped boost the numbers responding. Anyone who isn’t tested faces the prospect of having their color coded health status downgraded. Just moving from green to the lower level of yellow affects a person’s ability to work, travel outside Wuhan and gain access to restaurants, public transport and other facilities.

Residents who fail to get tested might also see their names on the public bulletin board, according to Ma Cong, who got his nose swabbed and blood drawn last week.

“The community is being very strict on this because they will be held accountable if there’s any omission.”

To contact Bloomberg News staff for this story:
in Beijing at yche16@bloomberg.net;
in Shanghai at ywu704@bloomberg.net

To contact the editors responsible for this story:
at wchang98@bloomberg.net