Worst-case projections for the spread of coronavirus aren’t supported by evidence emerging from outbreaks in China, South Korea, and Italy, said , the immunologist advising Vice President .

“The predictions of the models don’t match the reality on the ground in either China, South Korea or Italy,” Birx said at a White House news conference on Thursday. She has previously criticized a study by researchers at Imperial College in London that predicted as many as 2 million U.S. deaths from the disease.

“We are about five times the size of Italy. So if we were Italy and you did all those divisions, Italy should have close to 400,000 deaths,” she said. “They’re not close to achieving that.” 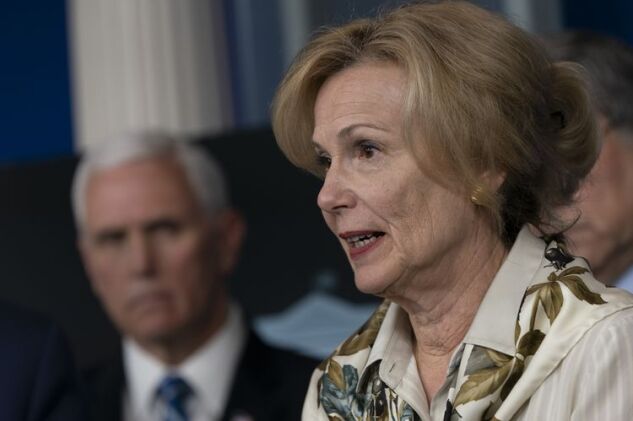 Italy has had the third-worst outbreak in the world, after the U.S. and China, with more than 80,000 cases and more than 8,200 deaths, according to Johns Hopkins University.

Birx has said the worst-case Imperial College projections assume that the virus sweeps through the U.S. in three stages from 2019 to 2022 without the development of a vaccine and that Americans abandon the “social distancing” behaviors that have crippled the economy. The study has influenced public policy around the world, including in the U.S., by encouraging “suppression” of the virus through social distancing despite the economic costs.

“Models are models. We’re adapting now to the reality,” Birx said. “There’s enough data now of the real experience with the coronavirus on the ground to really make these predictions much more sound.”

Projections that large fractions of the population would be infected in a relatively short time, she said, don’t appear to be supported by actual experience with the outbreaks.

“When people starting talking about 20% of a population getting infected, it’s very scary. But we don’t have data that matches that based on the experience,” she said. “There’s no reality on the ground that we can see that 60 to 70% of Americans are going to get infected in the next six to eight weeks.”