Alphabet Inc.'s Google has sold patents for the first time in the domestic brokered patent market, according to data provided to Bloomberg Law by Richardson Oliver Law Group LLP.

Google listed a package of 207 U.S. and foreign patent assets on the brokered market in the second quarter of 2018, ROL’s data show. Lithium-ion battery maker Amperex Technology Ltd. bought nearly 140 battery-related U.S. patents from Google in June, according to U.S. Patent and Trademark Office assignment records. The patents belonged to Motorola Mobility, which Google acquired in 2012 to shore up its patent portfolio, the records show.

“Google is signaling that it is selling patents,” ROL Group partner Kent Richardson said. “Balancing your portfolio when you get to be that size is an important element of managing your overall risk and expenses.”

Company-to-company patent sales with no middleman are effective when sellers have identified prospective buyers. The brokered patent market can help sellers find buyers when they don’t know who might be interested in their assets.

Direct patent deals are often confidential, and their details remain private. The brokered market can shed light on broader market trends even though it represents a small portion of overall patent sales between companies.

Listing patents on the brokered patent market means they are publicly available and may end up in the hands of a non-practicing entity, Richardson said.

Non-practicing entities, which don’t make products, earn revenue by licensing and litigating patents. Google and Canon Inc. in 2014 created a nonprofit group, the LOT Network, to combat threats from those entities. A LOT member agrees that if it sells patents to such firms, all group members receive a free license to the patents to shield them from litigation.

“Just like other companies with a sizable portfolio, Google constantly evaluates its patent portfolio to ensure that it is aligned with its business goals and corporate strategy,” a Google spokesperson said in an email. “As part of that effort, divesting assets is part of maintaining a healthy, quality portfolio, and Google will continue to divest assets as needed.” 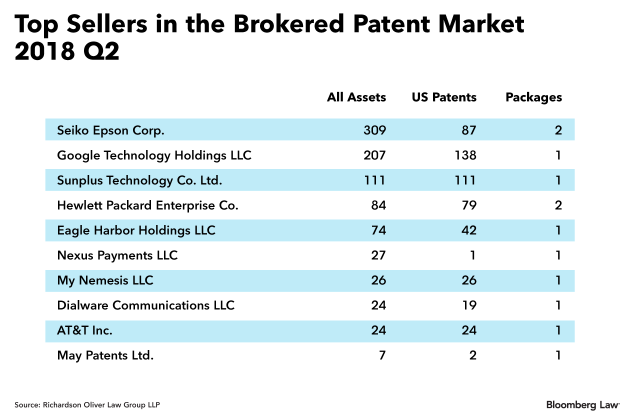 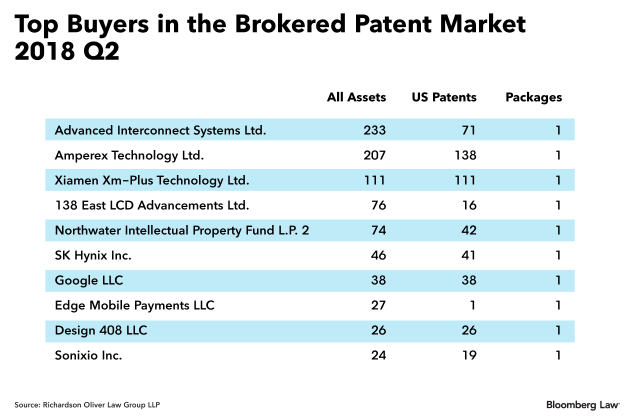 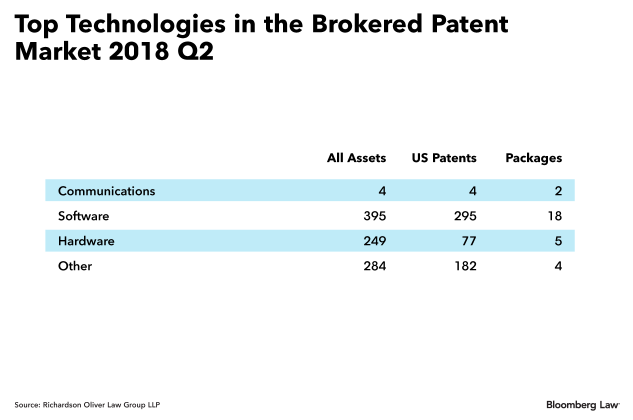 Foreign companies continued to be top buyers in the domestic brokered patent market from April to June, ROL data show. The second quarter reflects “a noticeable increase in international buyers” from January to March, Richardson said.

Google also was among the top 10 buyers globally in the second quarter in a deal with 38 U.S. patents, according to ROL data. Google bought patents related to graphics processing and data networking from technology company Hewlett Packard Enterprise Co., according to patent office records. 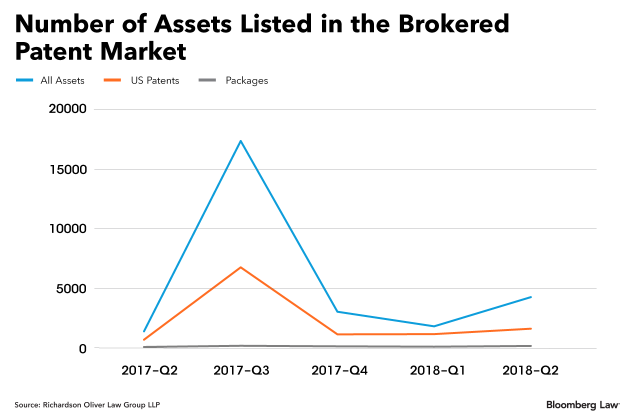 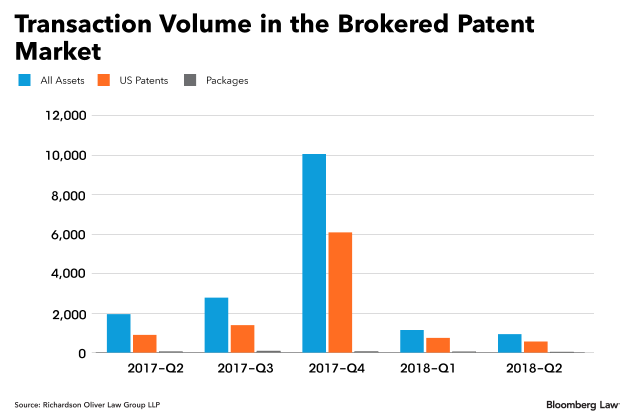 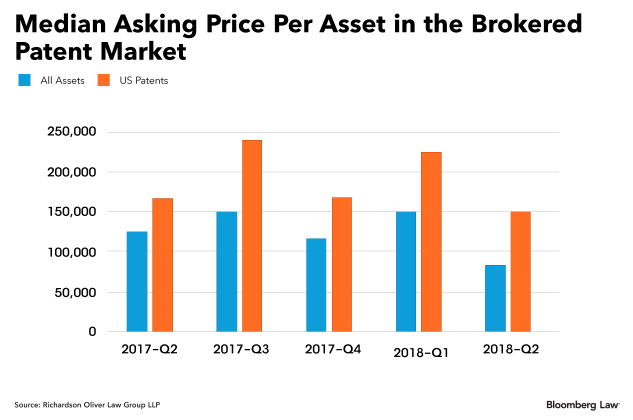 There were 4,252 new U.S. and international patent assets packaged in 154 deals during the second quarter, the data show. That’s up from 1,801 new assets that hit the market in the previous quarter, and more than three times the 1,382 new assets offered for sale in the second quarter of 2017, according to the data.

The median asking price per asset for both foreign and U.S.-issued patents listed by brokers was $83,330 in the first quarter, down 44 percent from the previous quarter and 33 percent from the second quarter of 2017, ROL data show.

Median asking price has continued to trend downwards from the first quarter of 2017, Richardson. That, combined with a few deals in the quarter with very low prices, led to the drop, he said.

To contact the reporter on this story: in Washington at mnayak@bloomberglaw.com

To contact the editor responsible for this story: Rebecca Baker at rbaker@bloomberglaw.com