A last-minute switch in the online response system Americans will use for the first time to fill out their census surveys has triggered fears from a top Democrat that the technology could malfunction like the now infamous voting system application used in last week’s Iowa caucus.

“We saw in Iowa what can happen,” House Oversight and Reform Committee Chairwoman (D-N.Y.) said in an interview after a panel hearing about Census readiness. “I’m very concerned about the last-minute change and I’m very concerned that it hasn’t been properly tested.” 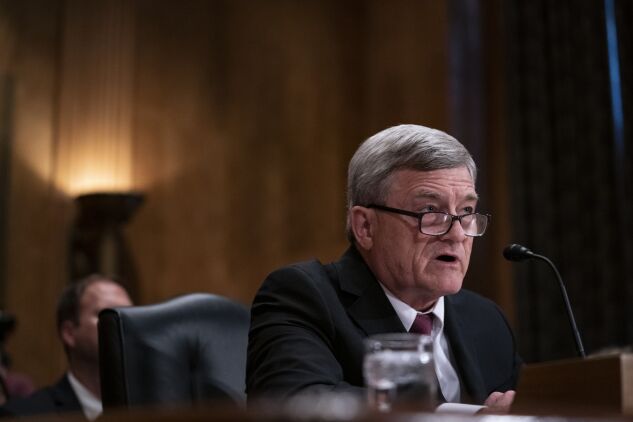 Maloney aired her concerns during a review Wednesday of census cybersecurity and IT readiness issues by a government watchdog. The Government Accountability Office, which has been tracking Census readiness for years, released a new report that stirred bipartisan lawmaker concern. Democrats and Republicans have for months worried that a flawed rollout, such as occurred in 2013 with healthcare.gov, could stymie response rates. The Census launches online in March.

The bureau decided this month to use technology built in house for the online surveys after a version didn’t stand up to high-traffic testing, the GAO report said. Census officials said in a separate interview that that version still exceeded their expected traffic load.

Maloney said she is relieved that the Census Bureau plans to contact people who haven’t been tallied online or by phone with paper surveys, hoping to reduce the chance that any problems that may arise would result in errors. Iowa Democrats also used paper tallies in this year’s presidential nominating caucus. This provided a backup when heavy traffic caused a crash of the vote tabulating app by Shadow Inc., which many Democrats later complained had not been sufficiently tested.

Census officials defended their systems, contending the in-house software had been tested as a backup for years, even though it wasn’t used in the bureau’s 2018 end-to-end test.

“Absolutely confident it’s not going to run into any technical issues when it goes live,” Kevin Smith, chief information officer at the Census Bureau, said in a phone interview after the panel. “We’ve done all the tests we can.”

The bureau has also been working with the Department of Homeland Security to address vulnerabilities and share threat information, , the Census director, testified to the panel.

The Census has made strides in trying to ensure its technology is ready and secure for launch in the weeks ahead, Nick Marinos, the GAO’s information technology and cybersecurity director, testified at the hearing.

Still, the watchdog report outlined a number of other cyber and readiness issues, including not addressing identified weaknesses in a timely manner, and a lack of contingency plans that encompass all IT systems. It also said multiple systems were at risk of not being fully tested before the Census hits full swing in April.

“Where my worry resides is just in the time,” Marinos said. “We’re sort of a pressure cooker of time to get a lot of things done.”

Any last minute changes to a system are worrisome, cybersecurity specialists said.

“It is deeply troubling that the Bureau is changing its systems at this late stage,” Dipayan Ghosh, a former technology policy adviser to the White House as well as , who has raised concerns about census cybersecurity for years, said in an email.

“This indicates a possible lack of preparation for what will no doubt be a critical census that for the first time stretches into the digital world,” he said.

To contact the reporter on this story: in Washington at mross@bgov.com

To contact the editors responsible for this story: at phendrie@bgov.com; at rmeszoly@bgov.com