Democratic presidential candidates and want to enact a wealth tax to pay for their large government programs. The biggest barrier may not be Congress, but the Constitution.

The Constitution says the federal government is prohibited from imposing “direct taxes,” except for income tax, without distributing the money among the states according to population. The progressive candidates’ wealth taxes would be used for federal programs such as free health care, free public-college tuition and universal day care. 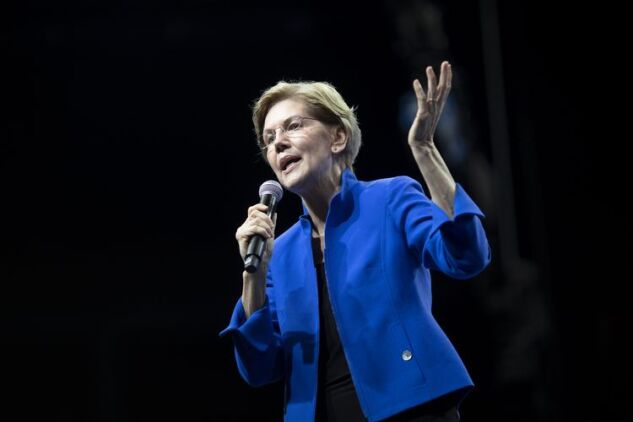 Even if Democrats manage to win control of the House, the Senate and the White House, wealth-tax supporters have become increasingly worried that their policy plans could be stymied by a constitutional challenge. This was a concern even before President installed two new members of the Supreme Court.

So left-leaning tax experts are working on ways to put a wealth tax on a more solid constitutional footing. And there is no shortage of ideas.

The trouble comes because few legal scholars agree on what a “direct” tax is, nor how it’s supposed to be divided. There’s evidence that even the original writers of the Constitution didn’t agree on what that meant.

“It’s a political question on which only nine people get to vote,” says University of California, Berkeley law professor Mark Gergen.

So tax wonks are looking at other countries’ tax systems and wading through decades of now-suddenly-relevant theorizing by academics on the ideal ways to tax capital.

The nation spent much of its first 125 years in a fierce battle over what taxes were allowed. The Supreme Court ruled 5-to-4 that an income tax was an unconstitutional direct tax in 1896, but at other times it declared that taxes, like those on carriages and estates, were OK.

The 16th Amendment, ratified in 1913, settled many of these battles by making clear that income taxes were permissible.

Another amendment is the most surefire way to implement a wealth tax. But that would require two-thirds of the House and Senate voting for it, or two-thirds of the states to sign on, which would be almost impossible politically. The most recent amendment -- dealing with congressional pay raises -- was ratified in 1992 after initially being raised in 1789.

Among the other options under discussion:

1. Make a wealth tax look like an income tax.

The Netherlands has a unique way of taxing the income of investors. The Dutch total up their wealth each year and pay a tax on the income that they are assumed to have received from those holdings.

Until recently, the system was fairly simple: Tax collectors assumed a 4% return, and imposed a 30% flat rate on this income – which is effectively a 1.2% tax on wealth. Some modifications have been made in recent years so that less wealthy taxpayers who have more of their holdings in cash are assumed to be earning much lower rates.

Its advantage is its consistency. Wealth holders pay the tax no matter how they structure their fortunes. The rich can’t just avoid taxes by deferring gains or otherwise not generating reportable income.

The disadvantage is that some taxpayers get taxed on income they never actually receive. That rough justice became a more glaring problem as interest rates have declined.

Another more precise option being discussed by both lawmakers and tax scholars is an annual mark-to-market capital gains tax. Under the current U.S. system, investment income is only taxed when it’s “realized” – when, for example, a stock is sold. The mark-to-market system would tax capital gains annually, regardless of whether it was sold.

This idea is gaining traction in Congress where lawmakers are hesitant to embrace a Warren-style wealth tax, which would levy 2% on wealth worth at least $50 million, rising to 6% on wealth over $1 billion.

Representative of New York, one of the most recognizable progressives in the House, and Senator or Oregon, the senior Democrat on the Senate Finance Committee, are both working on mark-to-market bills.

Taxpayers would also be able to deduct any paper losses each year. Privately held assets would be exempt from the mark-to-market tax, but would pay an extra levy when they’re sold to minimize the incentive to defer a sale.

Wyden’s mark-to-market tax, for example, is aimed only at the very wealthy — those with at least $10 million in assets or $1 million in annual income for three years.

Taxing unrealized gains would almost certainly trigger lawsuits arguing that, for example, a gain in a stock’s price doesn’t qualify as “income” under the Constitution. But the U.S. tax code already uses a mark-to-market taxes on some financial instruments. Eliminating those rules would cause chaos, Glogower said.

A mark-to-market tax should be on more solid ground than a Warren-style wealth tax or Dutch-style levy, Glogower added. “You’re still actually taxing real gains or losses, and it’s just a question of timing.”

Many progressives – Warren and Sanders among them – prefer a simple wealth tax, which they insist is constitutional, even if other taxes -- such as levies on estates or financial transactions taxes -- would face fewer legal challenges.

The Supreme Court should be forced to rule on the matter, advocates say, and any tax legislation could include a fallback provision: If the wealth tax is struck down, the U.S. could move to some other option for taxing the rich.

One good fallback to a simple wealth tax, says Indiana University law professor David Gamage, is a wealth levy that is divided evenly among the states in a way that is almost certainly constitutional.

The disadvantage is that by requiring each state to produce the same revenue based on its population, the tax could require billionaires in poor states like West Virginia to pay much higher rates than the superwealthy in rich states like California.

But Gamage, who has advised Warren and is studying this idea, insists poorer states would get additional resources to rebate money back to wealthy residents hit by high rates. Canada and Australia have these sorts of federal revenue sharing programs already, and the U.S. had a less comprehensive one in the 1970s and 1980s.

“Some people have made throwaway statements that it wouldn’t work. Those are clearly wrong,” he says. “The real problem is that all of this is unfamiliar. There’s no reason it can’t be done.”

To contact the reporters on this story:
in New York at bsteverman@bloomberg.net;
in Washington at ldavison4@bloomberg.net

To contact the editors responsible for this story:
at wbenjaminson@bloomberg.net

Ben Steverman
Bloomberg News
Taxing the Ultra-Wealthy Forces Democrats to Get Creative
Why Tax-the-Rich Is Rallying Cry for Trump Opponents: QuickTake
© 2020 The Bureau of National Affairs, Inc.
All Rights Reserved