President ’s longtime ally , convicted of lying to Congress and tampering with a witness during the Russia investigation, is getting another month of freedom due to the pandemic.

Stone on Friday said his deadline to surrender to the federal Bureau of Prisons this week was moved to June 30 because of the outbreak, which can spread quickly behind bars. It’s the second time Stone’s surrender date has been delayed over the crisis, which has claimed more than 100,000 lives in the U.S.

U.S. District Judge sentenced the Republican operative in February to three years and four months in prison. Stone, 67, has appealed his conviction and accused the judge of being unfair. 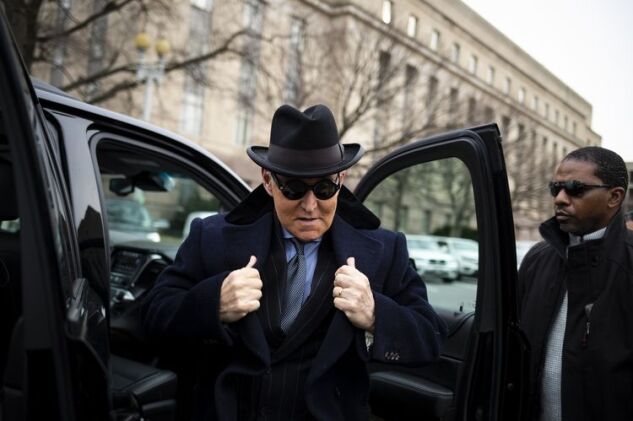 “I continue to maintain my innocence of these fabricated and politically motivated charges and my conviction in a flawed trial with a biased judge, a corrupted jury and an unconstitutional gag order,” Stone said in an email.

Jackson, frequently attacked by Trump on Twitter, Stone’s request for a new trial last month, rejecting his claim that the jury foreperson was dishonest and politically biased. The judge said the evidence of Stone’s guilt was overwhelming, including his own text messages and emails.

Stone was accused of lying to protect Trump during Special Counsel ’s 22-month Russia investigation. He was the last person charged in the probe. The trial included evidence that Trump knew about WikiLeaks’ plans to release hacked emails damaging to his rival, .

Stone said in a May 25 brief with the U.S. Court of Appeals in Washington that he’d seek review of Jackson’s rulings that barred him from raising at trial his claims of misconduct by Mueller and the , as well as evidence he says would show WikiLeaks didn’t receive stolen Democratic emails from Russia.

“My lawyers believe that the anti-Roger Stone social-media postings on both Twitter and Facebook in 2019, beginning on the day of my arrest, postings that were unavailable before and during my trial because of privacy settings -- are more than sufficient to demonstrate the bias of the jury forewoman,” Stone said in the email.

Jackson had rejected Stone’s claim that the forewoman was dishonest and politically biased, calling it “a tower of indignation” that “at the end of the day, there is little of substance holding it up.”